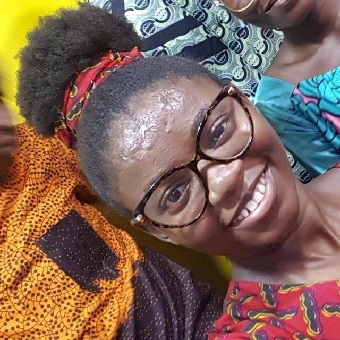 Growing Up As A Girl Child In Nigeria

Growing up as a girl child in Nigeria, the first place I noticed inequality in the treatment of the genders was in my own home. And because of this, I learnt early on in life to let my family and the people around me know I would be heard. It did not matter that I was not originally given an opportunity for something; if I thought I wanted the said thing, I would walk up to whoever was in charge and demand the same. 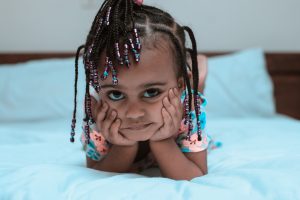 It also did not matter that I, as a girl child, was meant to sit quietly instead of engaging in some activities, or that nobody cared for my opinion; I just made sure everybody who had ears to hear me, either allowed me or my opinion.

As I grew older, this behaviour would go on to earn me a reputation as a feminist, a tag that was almost always uttered in a disdainful ‘you are cursed to your ill fate’ manner. And I, long before I clearly understood what the term meant, owned up to it, more so when I realized being called a feminist made people more careful than normal when relating to me.

I did not mind. I even relied on my reputation preceding me, until society came up with the “proud” anthem. Where getting me to keep quiet and endure the treatment being meted on millions of girls like me did not work, threatening me with being a sinner that was surely headed towards her downfall did.

And for a long time, while battling the unequal treatment of children that is rife in virtually every facet of life in Nigeria, I also had to juggle the fact that I was most likely offending God anytime I said what I wanted. So I learnt silence. Silence would make me likeable, even though it slowly choked the life out of me. Silence that millions of girl-children (or adult women) in Nigeria have had to learn to wear like a virtuous cloak.

It is this same culture of silence that feeds the giant and monstrous crimes committed against the girl-child on a daily basis. 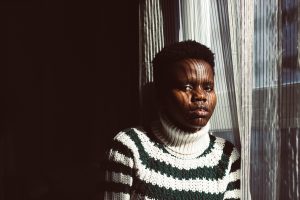 It is why twenty-four years old Racheal who has been permitted to go to the university after endless pleas and six years of fending for her younger ones cannot tell anybody how Professor Ken grabs her ass whenever he invites her to his office; why thirty-seven years old Iyanu will still be encouraged to marry Bosun even though her mother-in-law knows she had lost one teeth and several pints of blood to some of his drunken night-time activities; why forty-eight years old Chika has chosen to ignore her husband’s infidelities while she administers a Rocephin injection every other night.

The list could go on until we explore each of the possible troubles for the female gender in every age bracket. Until we begin to see that the girl child whose problems were ignored has turned into the endangered species that can contribute so much but has been beaten into silence by the very earth it is supposed to mother.

As we observe the International Day of the Girl Child in 2021, I’d like to invite you reading this to soro soke (speak out) or invite the females in your life to do the same. Enough is enough with how much silence has robbed the world.

Winners for the Weekly NaijaChamp – Week 41

Essential Soft Skills For Educators In The Twenty-First...

How Mathematics and English Language Can Save your...

Diligence Pays: How I Succeed Academically