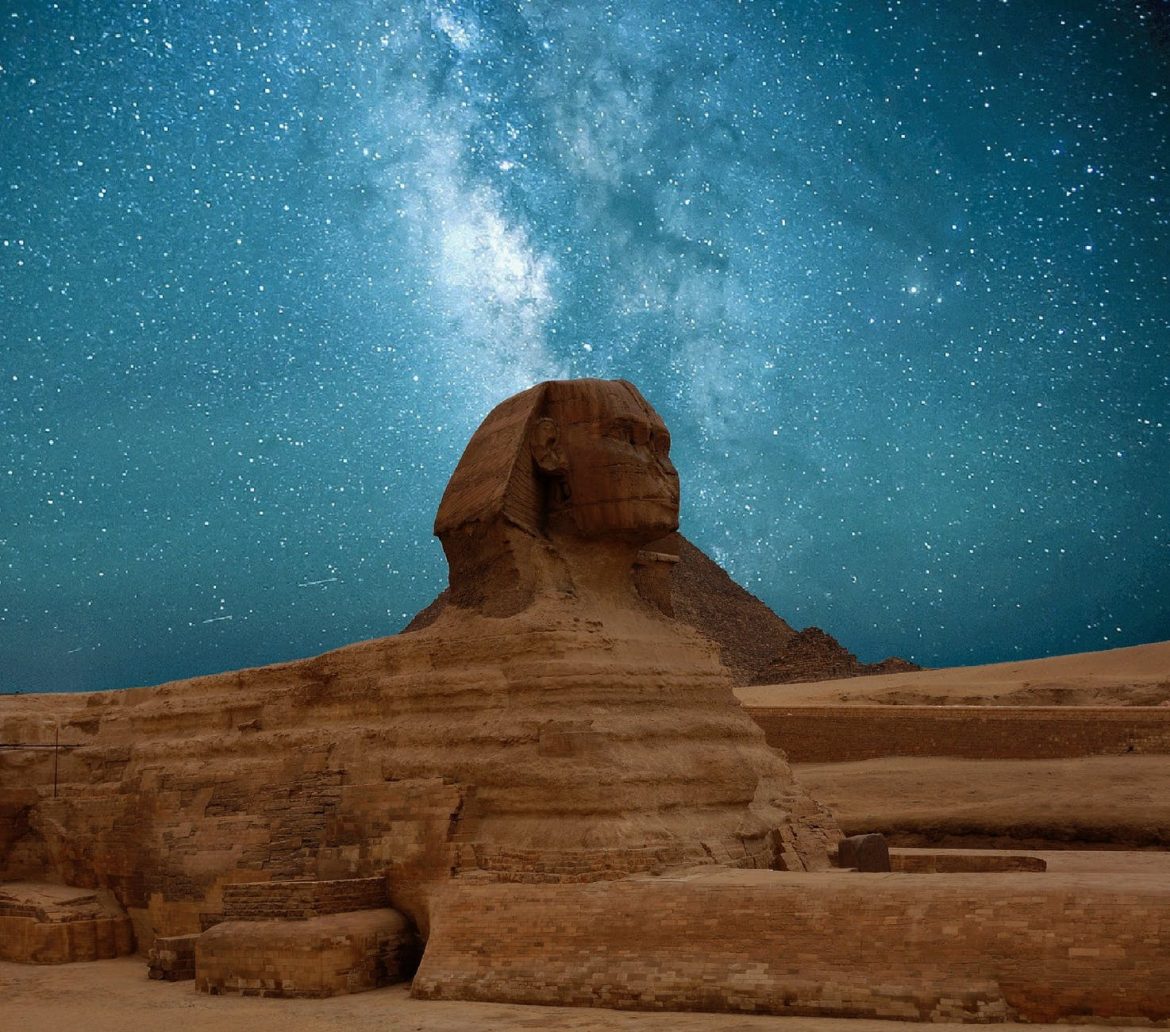 Why the Teaching of History is Dying. What Are We To Do?

Introduction
Two UK universities just announced plans to close down their history courses – Aston University in Birmingham and the London South Bank University, LSBU. Aston is planning on shutting down its entire department of history, while LSBU is gutting its history degrees.

The growing trends of closing history courses and shutting down history departments have ushered in an era where the teaching of history and many other courses in the humanities are being shut down because it’s increasingly difficult to find enough students to take those courses.

According to LSBU, “Decisions around the courses we offer to prospective students are taken very carefully. We consider how they provide students with the skills they need to enter high-quality jobs or further study, previous enrolment levels and how they support social mobility and student success.”

In that decision by LSBU lies the kernel of why history and many other humanities are being gutted by institutions, big and small – the need to provide students with the “skills” they need to take up “high-quality jobs” and the need to support “social mobility” and “student success”.

All across the world faculties of humanities are shutting down and it’s even worse with elementary schools and secondary schools. In Nigeria, there is more talk about teaching history on the pages of newspapers than its happening in classrooms. More talk, less teaching.

The problem with Teaching History
The problem with teaching history stems from how the world has evolved over the last 30 years with the advent of the Internet and social media. History and many of the humanities have been upended. Take history, for instance, which we all know as a record of events of the past. Today, all of history can be found in search engines and everyone has access to surplus information and data about virtually every topic. On social media, issues draw the attention of our friends through comments and retweets. It’s easier today to share a story no matter how fake than it is to deal with facts. 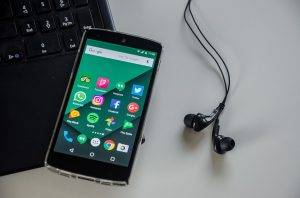 With people drowning in a deluge of information, of what relevance is history or historical facts? With a subject like Geography for instance, Climate Change challenges what we know daily. Our knowledge of the world is in a flux and our smartphones are the best places to catch up with those changes. Students are less motivated today to know about historical facts because they have everything on their phones and so are the scarcity of good teachers trained enough to provide the kind of context and critical analysis required to teach history in a world inundated with surplus information.

Why the Teaching of History is Dying?
– The problem of the distinction between “low-value” and “high-value” courses.

The key drivers of Education today are 21st Century skills and STEM and soft skills and vocational courses, the high-value courses without which many will be redundant in future.

Maybe out of ignorance, many people don’t consider History a high value course. Most schools and parents are focused on courses that would get their children to become computer experts because according to those who are interpreting the times, we are in the 4th Industrial Revolution and to function well in this age, being equipped with digital skills and knowledge is the only way to not become obsolete in the face of robots and intelligent machines.

The race to be successful tomorrow has to start with being a digital citizen and functioning as coders equipped with Computational Thinking. Not much can be said of history again when it’s almost certain that the human neural networks will one day work directly with the artificial networks of computers and robots and man and digital devices will become one and speak one language.

The core subjects today aren’t to be found in the humanities and it’s not accidental. The challenges facing the world today are so enormous that we need to seek help with machines that can analyze enormous data so as to be able to make sense of all the issues threatening to destroy humanity. These aren’t the times to study history and the humanities, or the Classics. Mankind is facing an existential threat of extinction on a scale never before experienced and we must grapple with those problem relying on machines and robots. The core subjects today are mostly found in the Computing, Engineering, Mathematics and the so-called soft skills, skills not likely to be found in machines and robots. 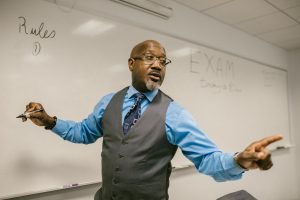 – The monetization of degrees.

People don’t acquire degrees for gaining knowledge any more than they need those degrees to get the best paying job. The same way we are encouraged to monetize our presence on social media is the same way we are being encouraged today to monetize our degrees. Most often, jobs that command the highest salaries are the most talked about jobs and they are the most prioritized by schools and universities and governments. To go to school today is to be ready the next day for a job in Big Tech. Nothing else is as important as being employed by Google, or Facebook. When such employments are made, it’s guaranteed that the future isn’t bleak for the employed.

What Are We To Do?
Many haven’t come to appreciate how important it is to study history and it isn’t going to change any time soon. As the world grapples with a myriad of problems hurtling it towards Apocalypse, we would continue to embrace degrees that promises us a way out of our doomed future.

Many would never understand what history means – that we can’t understand the world without history and all that is threatening to reduce us to savages can be better understood when we understand where we are coming from and what we have missed on our way to where we are and to perdition.

The modern-day Engineers in Japan who built the Fukushima nuclear power plant ignored the ancient, but prescient, warning of their forebears written down on tablets known as the Tsunami stones, “Don’t Build Anything Here”. The stones were placed centuries ago by villagers who had experienced first-hand the region’s devastating earthquakes and floods. Failure of the so-called modern Japanese Engineers, who trusted in their sophisticated designs and techniques and being superior to anything their ancestors could ever have imagined, ended in the catastrophic destruction of the Fukushima nuclear power plant when the Tsunami finally came. We ignore history to our own destruction.

As the world tethers on events of mass extinction arising from a misuse of the fragile resources of the Earth, we need to go back and understand how and where we missed it. History can help us connect the dots of retracing our steps back to our common humanity and save ourselves.

With so much misinformation and many conspiratorialists out there, studying history can equip us with the skills we need to look critically at evidence and equip ourselves to distinguish facts from fiction. Facts don’t matter because everyone can invent her own illusory bubble and get others to inhabit it through hypnosis. 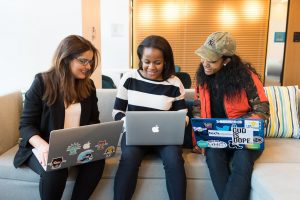 It’s important to use modern technology to bring the study of history back to the curriculum. This time it should be taught not like a series of historical facts, but as a subject requiring deeper inquiry. Students are encouraged to query the sources of their information and come to conclusions that can be backed by new evidence and expand the frontiers of understanding events not just for their relevance, but for the implications they hold for the actors then and for us who are seeking a better understanding of those events.

Lessons from America and the history of slavery

There is a battle for America’s soul right now as concerning the role Slavery played in the founding of America. The battle is at best a defining moment for both the Republican Party and the Democrats after Donald Trump lost the White House and handily gave the Democrats the Senate and the House of Representatives.

To celebrate the 400th year anniversary of slavery, The New York Times in 2019 commissioned a study of Slavery curated by Nikole Hannah-Jones and is today known as the 1619 Project. The 1619 Project and a more steeped leftist theory known and formulated as the Critical Race Theory has pitted Republicans and Democrats for the soul of America. At the core of this battle is how the history of America’s past should be taught in schools. Republicans are pushing laws to mandate “patriotic” education and to prohibit the teaching of 1619 Project and about America’s racist past. Attempts at forbidding the teaching of 1619 Project and Critical Race Theory is perceived by Democrats as efforts to maintain white supremacy. 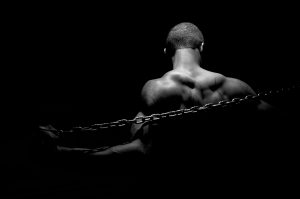 Teaching Critical Race Theory allows for an understanding of the Black struggles of bus rides that started 60 years ago to the fight for racial justice, voting rights and even for democracy today. Teaching 1619 Project can help expand learning and understanding in schools about America’s past with race relations and help people better appreciate police killings and brutality against Blacks and other issues affecting Blacks in America that has limited opportunities available to them. Mitch McConnell, the Senate Minority Leader, contends that 1619 Project isn’t an important year worth recognition. For him, the more important dates are 1776, 1787, 1861-1865. All these dates are connected in one way or the other to 1619, the year the first slaves arrived in America.

Without clear guidance to discussing all the issues that divided us in the past, enacting laws to prevent students from learning these issues won’t save anyone – those who enact those restrictive laws and those who think in their hearts that history can be muscled.

If in over 400 years History lessons about the origins of Slavery are still being debated, how do we think we can understand, or let alone fix the problems we would confront in the next 400 years without clear guidance in understanding how we have fared with all the difficult issues of the past that are still tearing us apart today?

Winners for the Weekly NaijaChamp – Week 18

A better Virtual Classroom experience with breakout rooms should be every Teacher’s favourite.

Hi to all, how is the whole thing, I think every one is getting more from this web
site, and your views are pleasant for new visitors.

Hello Dear, are you really visiting this web site daily, if so after that
you will definitely obtain good knowledge.

Many thanks for this excellent write-up. Awaiting next put up. I’d like to introduce to you something really good for your Cats or Kittens, that is Love Cats For Life. Love Cats For Life is best for Cat Supplies & Kitten supplies. We offer a variety of products to make life with your Cat or kitten better! visit https://lovecats4life.wordpress.com/